Brooklyn-based Barbara Vekarić is an emerging producer, director and writer originally from Croatia. Barbara’s first feature length-film is “Aleksi” – ‘Lazy. Crazy. Sexy.’ – a slice of life comedy set on the bucolic adriatic seaside. The title character is a troubled, aimless twenty eight year-old, jobless after college, living at her parents vineyard while plotting an escape from her safe but mundane upper middle class life.

The bubbly Vekarić discusses her process of story development and journey from literature student to up-and-coming filmmaker on the indy scene; and she discusses her feelings of how character — and location — are even more important to her than story in the success of a narrative film. 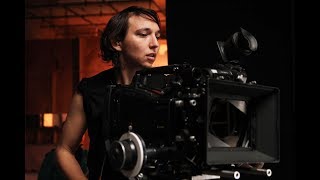 Sign up for our newsletter and we'll keep you in the loop with new episodes, podcast news, and information about carefully selected ZEISS products.